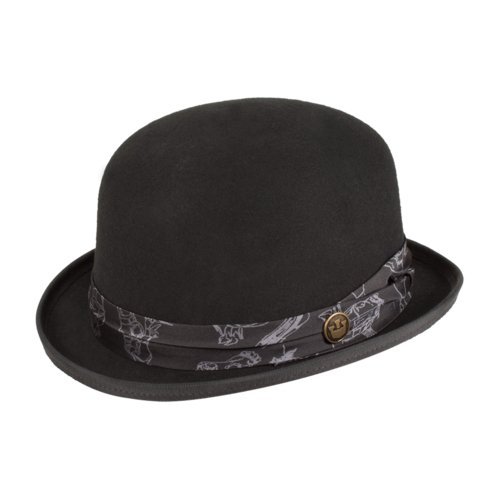 The hat I designed was called the Strangler – a black bowler with a custom woven tie band depicting scenes of bondage.

‘American Made’ DeLuxe is an exploration of the zeitgeist and an illumination of what artist participants believe it means to be ‘Made in America’. This exhibition is both satirical and earnest in its exploration of the contemporary American moment.

1333 Minna American Made Collection from Goorin Bros. on Vimeo.

The artists participating in ‘American Made’ represent diverse artistic perspectives and styles. Prairie Prince is a greatly heralded musician who is also a de very talented and achieved fine artist. He will be displaying several paintings, as well as performing live with several of his local bands. Lucien Shapiro will be displaying some stunning found object, mixed media sculpture. wholesale jerseys There are also several talented graffiti artists involved in the show, that have a keen understanding of fine art as well as their prolific street art. Adam Rich Colman and several other very accomplished fine artists will also be displaying their version of ‘American Made’ themed creations. The opening reception of this exhibit was such a great success that Cassel Gallery has asked the participating artists to create wholesale jerseys some new pieces to display at this closing party event.